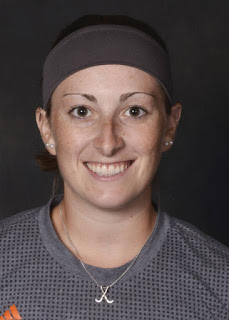 The 2017 Women's Pan American Indoor Elite Team is headed by American sensation Ali Campbell, top goal scorer and Player of the Tournament at the Indoor Pan American Cup. She is joined by three teammates of the young USA team that stayed unbeaten in Guyana, earning for the first time a spot for their country in the incoming Indoor World Cup: Beth Barham, goalkeeper Samantha Carlino and Junior Player of the Tournament Sammy Popper.

In addition to Samantha's amazing athletic career, she is in her second season as an assistant coach for the Bucknell field hockey team. She joined the Bucknell coaching staff after finishing a four-year playing career as a goalkeeper at the University of Massachusetts.

A starting goalkeeper all four seasons for the Minutewomen, Carlino earned First Team All-Conference recognition as a junior and Second Team status as a freshman. She added NFHCA Second Team All-Region honors as a sophomore. A two-year team captain, Carlino helped UMass win three Atlantic 10 titles during her career, resulting in NCAA First and Second Round appearances.

Carlino graduated from Massachusetts in 2016 with a degree in environmental science. A Dean's List student, she was a four-time member of the NFHCA National Academic Squad and a three-time selection to the Atlantic 10 All-Academic Team.