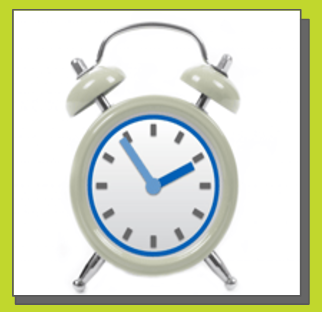 UCF has adopted a later school start time this year.   This is a story about a group of students who advocated for a cause, overcame obstacles, and started a movement that compelled a community to take action.

The issue of school start times came to the attention of the Administration and School Board during the 2014-15 school year when Unionville High School AP Psychology students - under the guidance of teacher Ms. Darlene Brigance - presented their research project on the topic to the UCFSD School Board.  The study concluded that the high school start time of 7:35 am did not allow students to get sufficient sleep. By citing powerful research on sleep from leading neuroscientists and sleep experts, warning of a serious public health issue resulting from ongoing sleep deficits in teens, the students made a compelling case for change.

Recognizing that later middle school and high school start times would be best addressed on a county-wide basis, our School Board promoted this idea to the Chester County Intermediate Unit (CCIU) Board.  These same students made a formal proposal to the CCIU Board, recommending that a county-wide student-led study be conducted on this important health issue. With the full support of CCIU Executive Director Dr. Joe O’Brien, and a unanimous CCIU Board, the CCIU Student Forum was asked to take on this challenge during the 2015-16 school year.

The 2015-2016 Student Forum, consisting of students from ten Chester County High Schools and supported by the CCIU staff and the Hanover Consulting Group was tasked first to confirm or deny the claimed health benefits of later starting times. If they confirmed that later start times would result in substantial health benefits, then they were to find paths to implement later starting times within reasonable transportation constraints and in a way that preserved after school activities and was sensitive to child care issues.

The Student Forum confirmed the benefits of later school starting times for teens, citing convincing research and recommendations from the American Medical Association, the American Academy of Pediatrics, the Centers for Disease Control among others.  The Student Forum report also found that hundreds of school districts nationally have and are implementing later starting times and are reporting compelling positive results in terms of student well-being.

The next steps were up to the individual Chester County school districts.  UCFSD was the first to act on the findings and created a committee of stakeholders last school year.  The committee, including the student advocates and representatives of all impacted community groups, validated the scientific evidence, developed implementation options, and came to a consensus on a comprehensive plan to start our secondary schools twenty five minutes later in a way that minimized transportation costs, gave options to accommodate child care issues, did no harm to elementary school students, and supported all after school sports and activities.

The first week of school with the new schedule has already been completed successfully.  There is anecdotal evidence (from high school students) that the new times are beneficial.  In fact one senior boasted that she is able to get “at least seven hours of sleep every night now.”